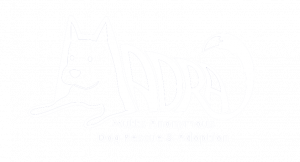 Project Empower, which will next month see lifelong friends Damian Browne and Fergus Farrell row unsupported from New York to Galway, this week announced their charity partners who will benefit from their world record attempt.

At an event in The Oslo bar in Salthill, Fergus Farrell was delighted to announce that they will work with the National Rehabilitation Hospital Foundation, Ability West, MADRA and The Galway Simon Community as they set out on a challenge of a lifetime.

All four charities will band together to promote the Project Empower’s fundraising effort by asking people to sponsor each of the 5000kms of the New York to Galway Bay Row. 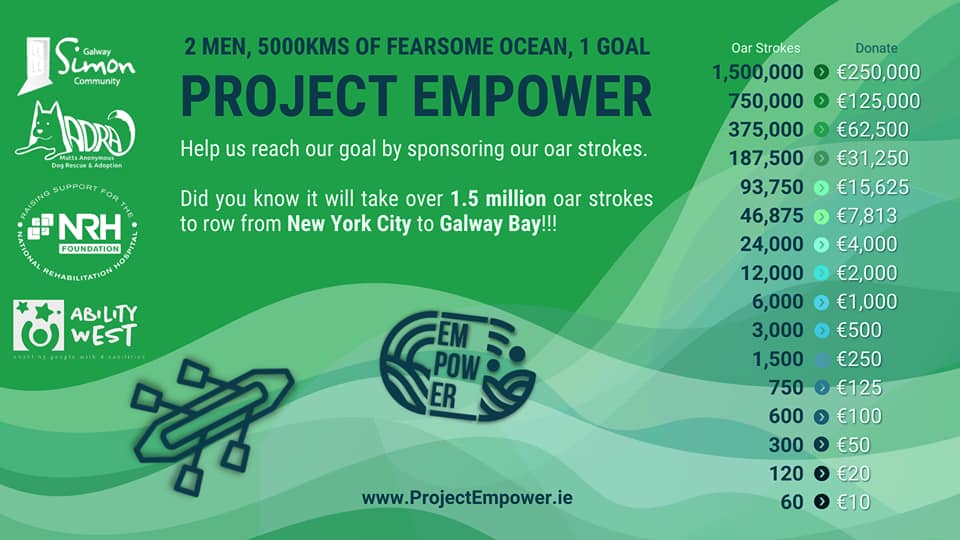 Speaking at the launch, Fergus Farrell said “Both myself and Damian are honoured to work alongside four amazing charitable organisations to allow us to use our mammoth challenge to help raise awareness and funds for these worthy causes. As daunting as the task at hand is, we genuinely can’t wait to get started and we hope our efforts will benefit all our partners.”
The ambition in this endeavour is fused through every aspect of the project however it is most evident in the project’s stated goal of achieving a world record for the unsupported row across the Atlantic from New York City to Galway. In the history of the world this has only been attempted on 11 previous occasions.

In the process former Connacht and Leinster forward Damian will become one of only a few individuals to have rowed the atlantic both ways having crossed from San Sebastian to Antigua in 2018.

In 2018, Fergus Farrell was given a 5% chance of walking again following a workplace accident which left him completely paralysed from below the waist. Extraordinarily, one year later he walked 206km across Ireland for charity.

The world record has been in situ for over 120 years. In total there have been 52 previous attempted crossings by way of unsupported row. Only 11 of these attempts were by pairs and only 6 of those pairs managed to complete the row. In total only 18 of the previous attempts managed to complete the crossing. In addition to the 6 completed attempts by pairs there have also been successful crossings by 6 solos, 5 fours and 1 five.

The pairs world record is held by Norwegians George Harboe and Frank (Gabriel) Samuelsen who were the first pair to attempt the row. They crossed from New York to the Scilly Isles in 1896 in a time of 55 days and 13 hours. Incredibly after a short break in the Scilly Isles they continued their row for another 5 days at sea to Le Harve in France. This world record attempt will make waves that will crash records and be felt in every corner of the globe.

We use cookies on our website to give you the most relevant experience by remembering your preferences and repeat visits. By clicking “Accept”, you consent to the use of ALL the cookies.
Cookie settingsAccept
Manage consent

This website uses cookies to improve your experience while you navigate through the website. Out of these cookies, the cookies that are categorized as necessary are stored on your browser as they are essential for the working of basic functionalities of the website. We also use third-party cookies that help us analyze and understand how you use this website. These cookies will be stored in your browser only with your consent. You also have the option to opt-out of these cookies. But opting out of some of these cookies may have an effect on your browsing experience.
Necessary Always Enabled
Necessary cookies are absolutely essential for the website to function properly. This category only includes cookies that ensures basic functionalities and security features of the website. These cookies do not store any personal information.
Functional
Functional cookies help to perform certain functionalities like sharing the content of the website on social media platforms, collect feedbacks, and other third-party features.
Performance
Performance cookies are used to understand and analyze the key performance indexes of the website which helps in delivering a better user experience for the visitors.
Analytics
Analytical cookies are used to understand how visitors interact with the website. These cookies help provide information on metrics the number of visitors, bounce rate, traffic source, etc.
Advertisement
Advertisement cookies are used to provide visitors with relevant ads and marketing campaigns. These cookies track visitors across websites and collect information to provide customized ads.
Others
Other uncategorized cookies are those that are being analyzed and have not been classified into a category as yet.
SAVE & ACCEPT
Powered by